So what is the deal with chemical hash, foamcakes, and plastic eggs? Well it isn’t far different than green eggs and ham, I’d say. But to get the drift of what I’m talking about you will just have to sit back and enjoy the entire story from start to finish. 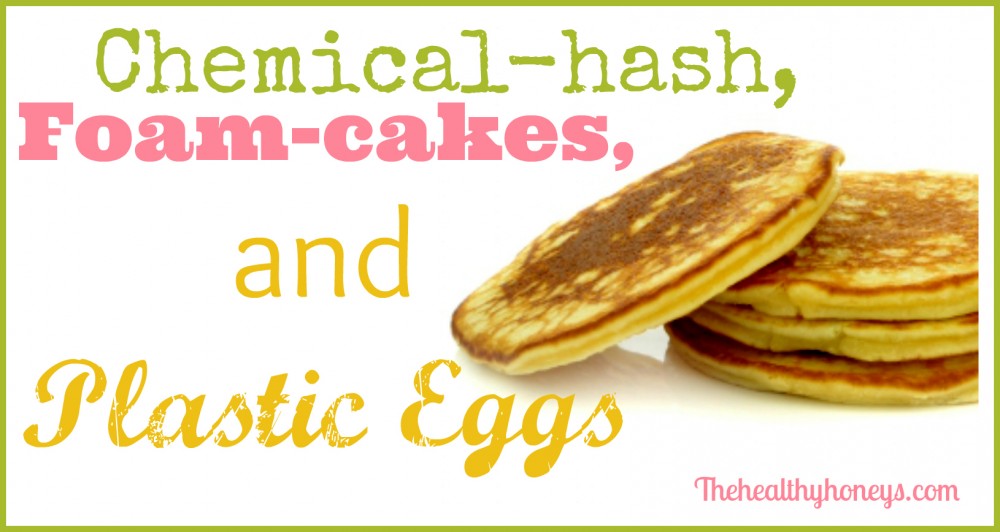 My little family decided to be a bit adventurous for the beginning of July. We flew to Detroit and took a road trip back to Idaho. In total we drove for 30 hours in 4 days. We ate dinner on the Mississippi River, visited Mount Rushmore, and stopped in Wyoming to see my sister. I tried to pack some quality food to take on the trip but we don’t check bags when we fly so I was very limited on what I could get through security. And lets face it real food is perishable. So we ate up what I did manage to bring and the rest of the trip was filled with all foods I cringe at, like chips and candy. (My husband totally supports my food beliefs, but he keeps me from going overboard. I do still live in a world where food is less than perfect, and occasionally I have to accept that)

It has been a while since I have been away from my sacred food utopia I call home. And in many ways it was very eye opening. I truly realized just how far I have come. In everything I ate the after taste was that of a highly processed and chemically flavor. Which is something I would have never noticed growing up. Now, I expected that with the chips, and sweets, but not so much for breakfast.One of the nights on our trip we got into the hotel exceptionally late, which then made us late for complimentary breakfast. So, we opted for good ol’ traditional breakfast place. I figured that would at least get us something to eat that actually resembled food. Better than a dozen donuts hopefully. We all ordered the same meal. It came with hash browns, fried eggs, sausage, bacon, and pancakes. Not too bad right?… wrong!Now anyone else probably would have enjoyed this breakfast. I have truly been pampered… very pampered. The eggs looked just like any egg the average person eats. The pancakes were the same pancakes that you would find in most American homes, and so were the hash browns. So what was wrong with the meal?

I have to be honest, I had a very difficult time figuring out what made my hash browns taste like chemicals. And could not find anywhere that told me the ingredients on a bag of commercial hash browns. Perhaps, I just needed to go buy a bag. Regardless, a few things can be assumed…
These delicious looking hash browns probably came packaged with an anti caking agent. There are many kinds that can be used. This link to Wikipedia has a list. The other possibility is that artificial preservatives were used.

And if you feel like doing some extra research that proves me right or wrong I’d love to hear your comments and then update this post.

I don’t know what brand of pancake mix this food joint uses, but it doesn’t really matter. They were made with white flour, and covered with imitation maple syrup which is made with corn syrup.

At home pancakes are made with whole grains. The grains are all soaked, soured, or sprouted. They are fluffy, yet heavy and filling. And the best part is I get to top them with delicious pastured butter, and that nectar that comes straight from the sugar maple tree — Real maple syrup.

Why does it matter?

White flour is bleached. That shouldn’t really be news to any of us. It says it right on the bag, and it is toted as a good thing. The agents that can be used to bleach flour are:

The flour is also enriched…. Wait shouldn’t that be a good thing?

When a product is enriched what gets added in isn’t always good. Iron, for example, is the metallic iron which shouldn’t be consumed.  The products used to enrich flour are also often synthetic which our bodies don’t know what to do with. They are also often GMO’s.

More info here.
I could say as much about sugar and corn syrup. They are often made from GMO products. They are devoid of nutrients. They deplete magnesium and other nutrients. But I think the very best description of what sugar does to the body is in this YouTube clip, Sugar – The Bitter Truth. It is long and very technical but totally worth the watch.

The eggs I eat from home come from pastured heritage breed chickens. The chickens get plenty of sunshine and fresh air. They spend their days eating green grasses, and scratching for bugs. The eggs I get from them have dark orange yolks. The yolks have a very thick texture, and a rich flavor.

Commercial eggs, like we all know, have yellow thin yolks. And when cooked they lack flavor. The yolk is literally empty of flavor, and the white felt like I was chewing on plastic.

So why the big difference?

Well, according to the USDA’s nutrient data for eggs, in comparison to Mother Earth News’ research pastured eggs may have:

That is nutrition you can see and taste. Lack of nutrients, in this case, means lack of color and lack of flavor. If you’ve never had a farm fresh pastured egg I challenge you to try it. But I warn you… You will never ever look back. And you may wind up with a chickens running around your backyard.The sad part is this is everyday America. We eat this kind of food as a norm. It is suppose to nourish and sustain us but it doesn’t. It is time for change. 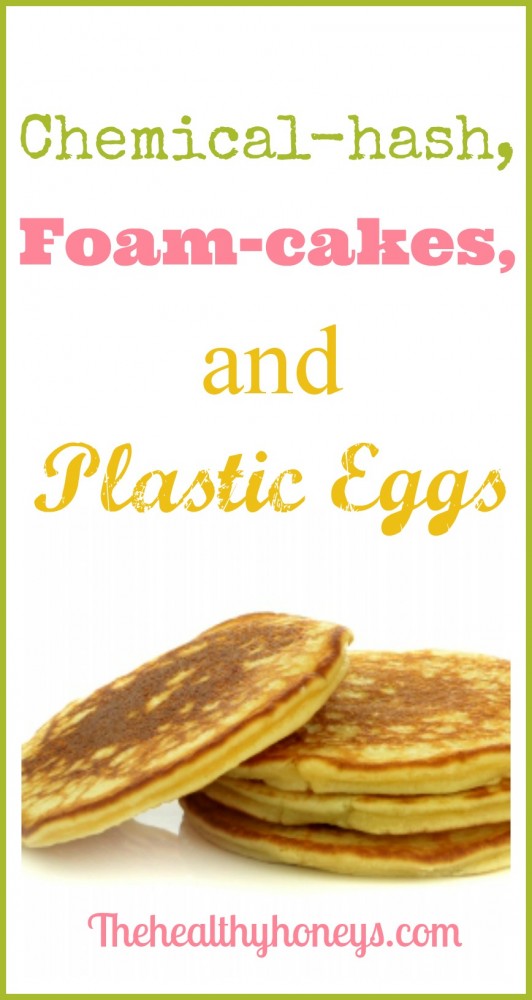