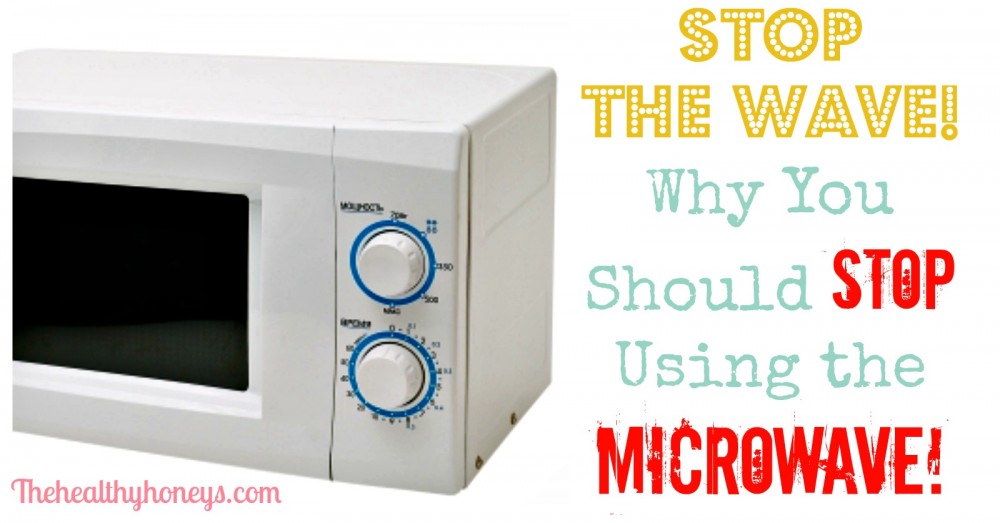 My sweet grandmother hasn’t used a microwave for as long as I can remember. She tells us it isn’t good to use, and that it was bad for our health. Well I wasn’t quite sure about that, but when my hubby and I decided to get married we also decided that we didn’t need a microwave. We would just use our cute little toaster oven, stove and oven.
We didn’t even know what a good choice we had made, until I started to research it more (Maybe grandmas are right after all).
I figured the first place to start was the beginning.
So how did microwaves come about and then become a common household appliance?
History
Percy Spencer invented the Microwave. He is the most commonly known person for inventing the Microwave even though there were more contributors.
It was accidentally discovered in 1945. It was an accident because in WWII the British shared with us the magnetron technology.
It was discovered because a chocolate candy bar melted in Percy Spencer’s pocket when working with an active radar set. Percy Spencer was in the Raytheon Company during WWII, which was in charge of putting together and producing the magnetron technology.
Percy Spencer’s first test food was popcorn. The next was an egg, which exploded into some of the experimenters faces.  To verify his finding, Spencer created a high density electromagnetic field by feeding microwave power from a magnetron into a metal box from which it had no way to escape. When food was placed in the box with the microwave energy, the temperature of the food rose rapidly.
On October 8, 1945 Raytheon filed a US patent for Spencer’s microwave cooking-process.
Microwaves didn’t really hit the market for homeowners until the 1970’s, when it was finally affordable. Often called “electronic ovens” in the 1960s, the name “microwave ovens” later became standardized, often now referred to informally as simply “microwaves”.
(Source, Source, Source)
How the Microwave Works
Though most people know that microwave ovens actually use microwaves, the actual wave frequencies, people most likely don’t know what that really means.
To put it simply:
Microwave–
·      It is a form of electromagnetic radiation- waves of electrical and magnetic energy moving together through space.
·      They are second lowest on the EM radiation spectrum. Radio waves being the lowest energy, and Gamma rays and x-rays being the highest energy.
·      They are generated from a magnetron.
Magnetron–
·      Is a term derived from the words “magnet” and “electron”.
·      Magnetron is a tube in which electrons are subjected to both magnetic and electrical fields, producing an electromagnetic field with a microwave frequency of about 2,450 megaHertz (MHz), which is 2.4 gigaHertz (GHz).
When you place your food into the microwave it is heated by what is called dielectric heating.
Many molecules, such as those of water, are electric dipoles, meaning that they have a partial positive charge at one end and a partial negative charge at the other, and therefore rotate as they try to align themselves with the alternating electric field of the microwaves.
Rotating molecules hit other molecules and put them into motion, thus dispersing energy. This energy, when dispersed as molecular vibration in solids and liquids (i.e., as both potential energy and kinetic energy of atoms), is heat.
Many people have noticed that when you microwave your food it heats unevenly.’This is because in some foods the water molecules are not all evenly placed. Also Microwaves don’t heat from the inside out. They heat the outer layers and where the water molecules are and then that friction can heat the inside, but not always.

Photo from Here
(Source, Source, Source)
After my sister in law told her daughter not to just stare into the microwave and that it would microwave her brain her reply was, “If we can microwave potatoes, why can’t we microwave our brains?”
We got a good laugh from this.
But in all seriousness, what could be so dangerous about using a convenient method of heating food?

Stop the Wave, Toss out the Microwave

Why? Because….1) Microwaves damage the nutrients in food.
2) Can cause microwave sickness.
3) Can create cancer causing agents.

1) Microwaves damage the nutrients in food.
Here’s the thing, when you heat up anything in anyway it will most likely lose some part of its nutrients.
This is most especially true for vegetables and fruits. So, to get the most nutrients would be to have natural, organic, and raw (in most cases) vegetables and fruits.
There have been scientific studies done, however, that show that microwaves alter some of the nutrients and can deplete them more so than other methods of heating.
But when things are cooked in the microwave on high power it will lose more nutrients than when cooked on the stove or in the oven.
“There is a tendency for most microwave users to cook everything on high power, except when defrosting. High is the default setting. The maximum power is also a major selling point for a microwave oven. The higher the power, the stronger the electric field, and the more damaging it is to nutrients… But only some microwave ovens are capable of true low power cooking. The microwave ovens equipped with inverter magnetrons actually reduce the power instead of just cycling it between high and off.” (Source)
This crude experiment done by John Andrews simply shows that microwaves on high power or low power does make a difference.
He got two cd’s placed the same songs and same amount of songs on them and then placed one in the microwave at a low power for 3 ½ minutes.
He tested to see if it would still work in the CD player and it did.
Next he placed the other CD into the microwave on high power for the same time and when he tried it in the CD player it didn’t work.(Source)
There certainly are changes that occur to your food when you put it into a Microwave Oven.
2) Can Cause Microwave Sickness
What in the heck is that?! (I know I had never heard of this).
Microwave Sickness-
Happens when tissues directly exposed to microwaves are subject to the same  deformities  molecules go through. Cell phone towers can also emit this type of radiation.
People may experience any or all of the following after being exposed to high levels of microwave radiation:
·        Impaired cognition
·        Nausea
·        Vision problems
·        Depression and irritability
·        Weakened immune system
·        Headaches
·        Dizziness
·        Insomnia and/or sleep disturbances
·        Frequent urination and extreme thirst
(Source)
There is a good amount of data emerging that people are suffering, to various degrees, these kinds of symptoms from living next to cell phone towers and other high-frequency radiation emitting antennas, which emit microwaves around the clock.
(Source)
To read more about Microwave Sickness go here and here.
3) Can create cancer causing agents. Russia had the microwave banned for about 20 years. (starting around 1976 until about the 1990’s.) It is no longer banned but the research they found is pretty interesting for the reasons it was banned. (Source)
Here are some of their findings on microwaving food:

1. Microwaved foods lose 60 – 90% of the vital-energy field and microwaving accelerates the structural disintegration of foods.
2. Microwaving creates cancer-causing agents within milk and cereals.
3. Microwaving alters elemental food-substances, causing digestive disorders.
4. Microwaving alters food chemistry which can lead to malfunctions in the lymphatic system and degeneration of the body’s ability to protect itself against cancerous growths.
5. Microwaved foods lead to a higher percentage of cancerous cells in the bloodstream.
6. Microwaving altered the breakdown of elemental substances when raw, cooked, or frozen vegetables were exposed for even a very short time and free radicals were formed.
7. Microwaved foods caused stomach and intestinal cancerous growths, a general degeneration of peripheral cellular tissues, and a gradual breakdown of the digestive and excretive systems in a statistically high percentage of people.
8. Microwaved foods lowered the body’s ability to utilize B-complex vitamins, Vitamin C, Vitamin E, essential minerals and lipotropics.
9. The microwave field next to a microwave oven caused a slew of health problems as well. (Source)

Now, I know there is a lot of controversy on this subject. Perhaps I am on the loco side and going beyond what is necessary to be healthy.

They do emit frequencies that have the potential to be harmful.

It does change the make-up of our food that is microwaved.

It can create a sickness.

That to me says, grandma’s right. Who needs a microwave?

And honestly my hubby and I don’t even miss the microwave. A little time management, patience, and effort and you can cook anything with out the microwave. 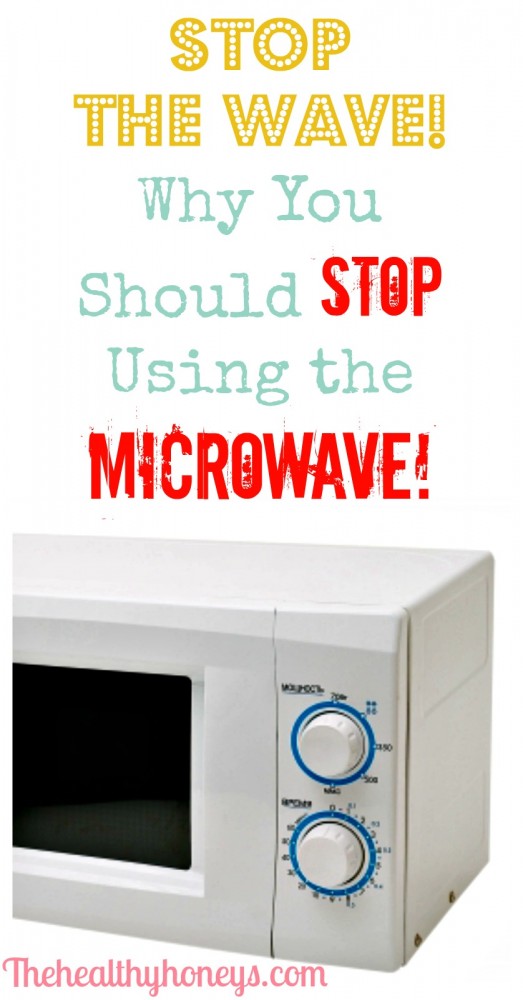